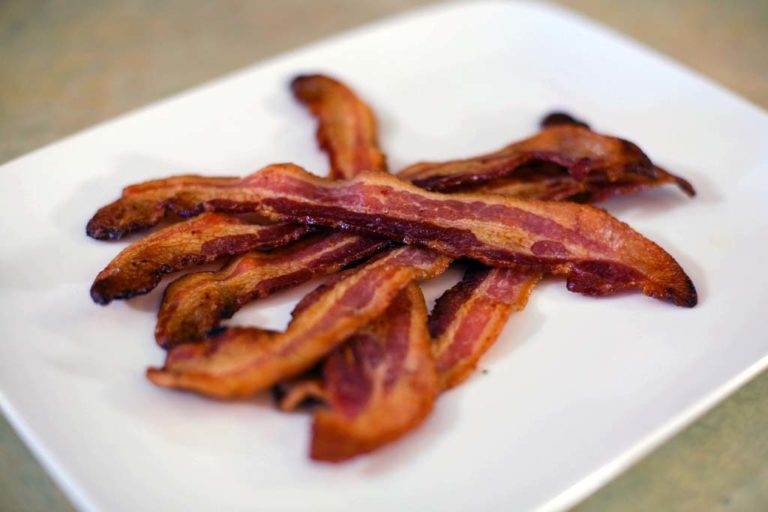 If America was a pig, then Henry Kissinger would be the bacon. A diplomatic negotiator for peace and trade with our best interests seemingly in mind, all the while covertly subverting vegans. I wonder what part of the pig Nixon would represent? Perhaps the snout. Maybe the trotters. Bacon is likely one of the most diverse and socially acceptable forms of meat in America. I know vegans who still secretly eat bacon. Many of you may be scoffing at the idea of baking bacon, but since we pretty much do everything else to and with bacon, we might just as well bake it, too.

Thick, Fatty, Meaty Strips of Bacon Baked in an Oven Until Crispy and Delicious