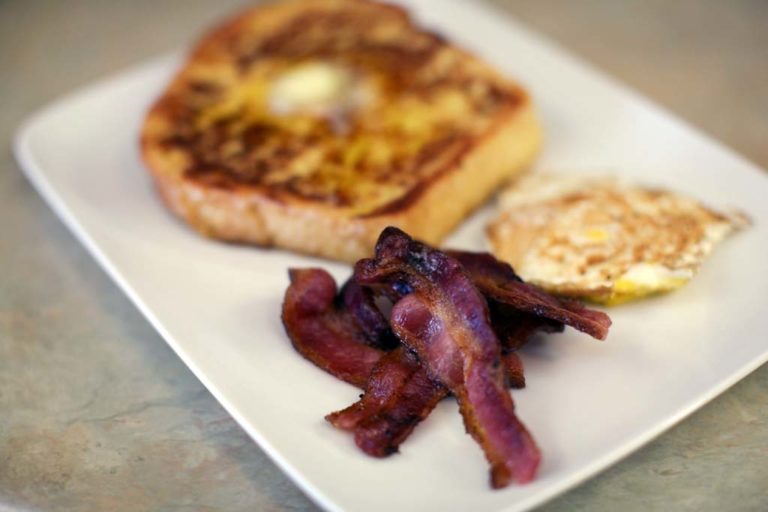 The first time I heard the words bacon and microwave used in the same sentence I was pretty upset by the idea of it. First of all, what’s easier than frying bacon? Just put it in a pan and turn on the heat until it’s cooked the way you like it. I wasn’t sure what fraction of a second could be of such value that it would warrant cooking the bacon in a microwave instead of a pan. But everyone has their reasons. Maybe it’s for people who like to cook bacon naked, to avoid splattering fat?

My microwave cooked my bacon in about 3 minutes on high, and it came out pretty well, all crispy-like. And while the bacon cooked in the microwave, I fried the French toast on the stove. So it has its advantages. But I gotta say, microwaved bacon isn’t as good as pan-fried bacon—just so you know what to expect when you try it yourself.