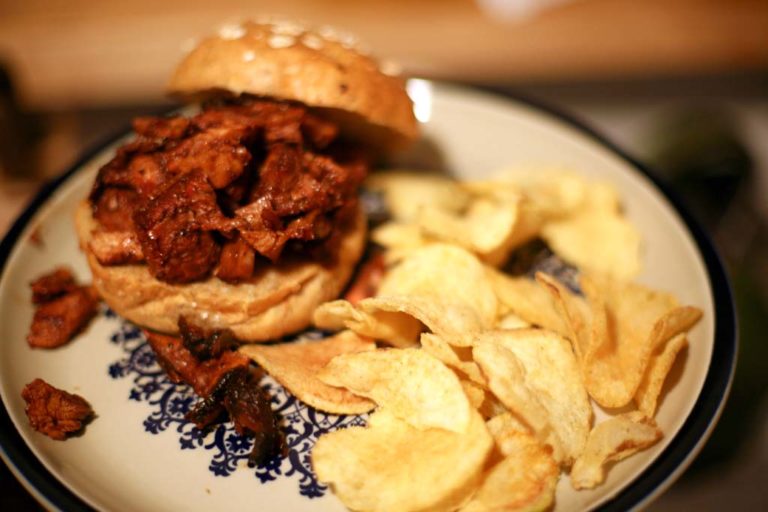 Grilling big hunks of pork on the grill is easy as long as you understand the principles of direct versus indirect heat. You will be using direct heat first as you brown the meat directly over the coals. But once you move the meat off to the side of the coals, you will be cooking with indirect heat. If the meat is cooked over the direct heat the whole time, it will become burned and inedible. Another advantage of cooking with indirect heat is that we add a second element: smoke, which goes with pork very well. And as an added boost, we are saucing our meat too.

Combine and cook down until a good consistency. Then mop on the meat every 15 minutes during the last hour of cooking.