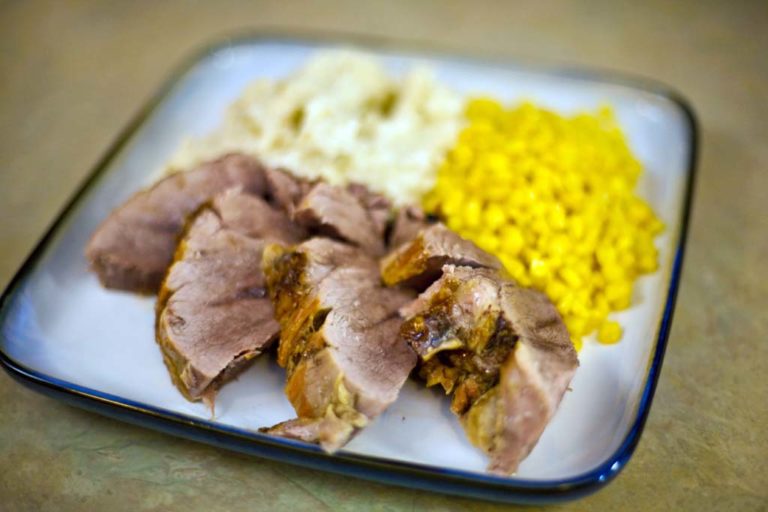 There are two kinds of pork shoulder roasts: the shoulder arm and the shoulder blade. This recipe is for a shoulder blade roast that weighs about ten pounds, which is a fairly typical size. When butchers cut these roasts into smaller portions, they label them arm or blade steaks. Some butchers will sell the shoulder roasts boneless, which shortens the cooking time, but those roasts will also be less flavorful. Don’t worry about trimming any fat away; much of the fat will cook out of the meat in a process known as rendering.