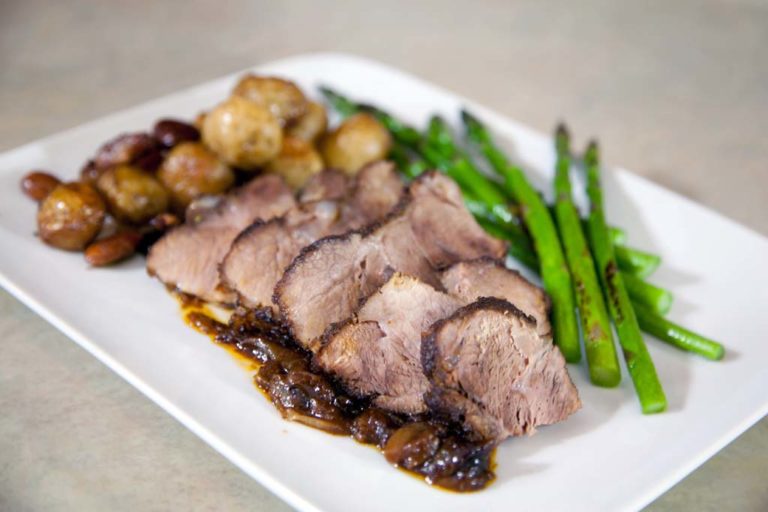 The pork shoulder blade roast is a very tasty little bit of pork. It comes from the front/top shoulder of the pig. This area is sometimes referred to as the Boston butt. The cut in the picture below looks like a thick-cut pork shoulder blade steak, which I guess is basically what it is. My brother and I used to buy discounted shoulder steaks when we were super poor college students. It was a treat compared to the ramen noodles and generic mac we usually ate. Thank god I am not poor anymore.

This pork shoulder came from my brother’s farm near Pipestone, MN. My brother and his wife, like most sensible humans, love pork, but they were sickened by the way commercial farms raised pigs. So they decided they had to raise pigs themselves if they wanted to continue to eat pork. They live on a small farm, so for them raising their own food is an option.