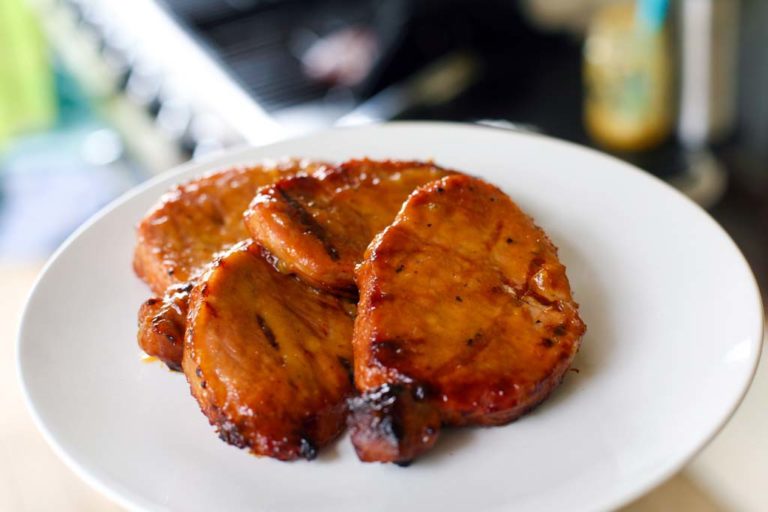 Most people think of barbecue sauce when they hear the word barbecue. But BBQ sauce is not always a part of barbecuing. Barbecuing is really just grilling with the lid closed—the sauce is up to you. When you close the lid on a grill, you create two things: smoke and moisture. These two things are very effective at cooking stuff and making it taste good. The addition of sauce to barbecuing is always an option, but it isn’t always required. And as you will see in this recipe, it isn’t always brownish-red either.

Don’t worry. You will understand once you taste the Bourbon Peach BBQ Sauce, recipe courtesy of my sister in law Andrea.

Cook until soft and thickened. Puree if necessary. Use as desired.