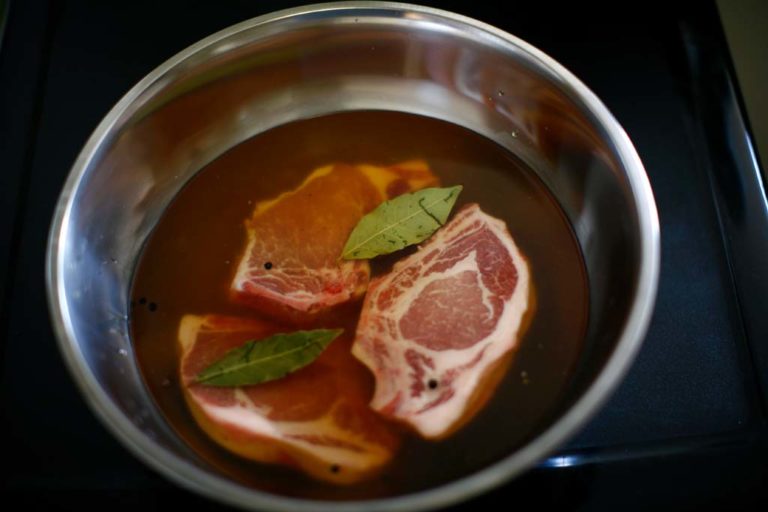 Brine is little more than sugar and salt dissolved in water. To brine meat you submerge the meat in the solution and let it sit for 30 minutes to 30 hours depending on the size and intensity of flavor you desire. The reason this works is because meat is composed of cells, and cells have these things called membranes. Membranes desire nothing more than balance. So, if they detect more salt on one side of the membrane than the other, they move some salt across the membrane in a process called diffusion. Diffusion of a liquid across a membrane is called osmosis. Osmosis is the key to brining.

The brine is pumped into the meat, resulting in more liquid and more flavor. At the same time the salt denatures proteins present in the meat. These denatured proteins are suddenly very effective at hanging on to water, which means that brined meats are juicier when cooked and they are more forgiving to accidental overcooking.