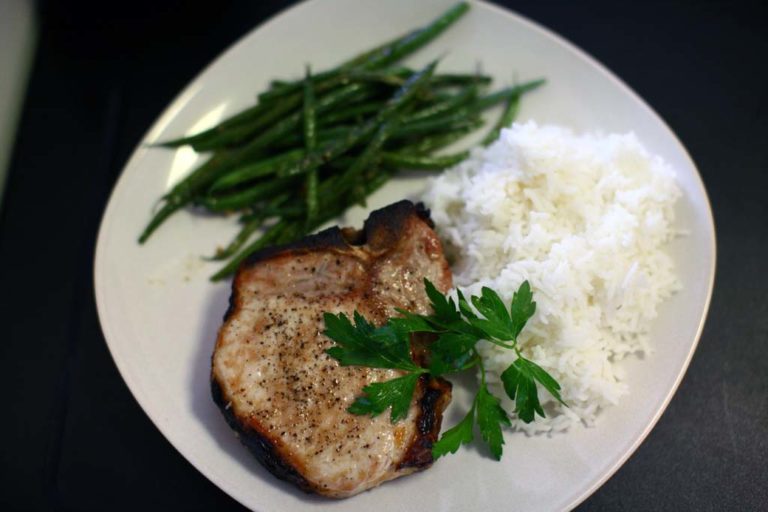 For this article I picked up some extra thick pork loin chops from my local butcher. The nice thing about the pork loin chop is you get a little of the tenderloin, too. It is kinda like the t-bone of pork. In order to optimize the tenderness of the thick-cut pork chop, I brined them in chicken stock, salt, sugar, and spices. It only takes about 30 minutes for the brine to impart some flavor into the meat, but you can leave them in the brine for several hours, if you want.

Everyone loves to grill pork chops, but if you don’t have the time or the grill, you can broil them inside your oven. The broiler works by cooking the meat from above. It typically has three heat settings: low, medium, and high. For meat you will almost always broil on high unless it is a large piece of meat; then you may broil on medium. In order to broil, it is best to use a broiling pan. This pan allows the juices to drip away from the meat while it cooks.