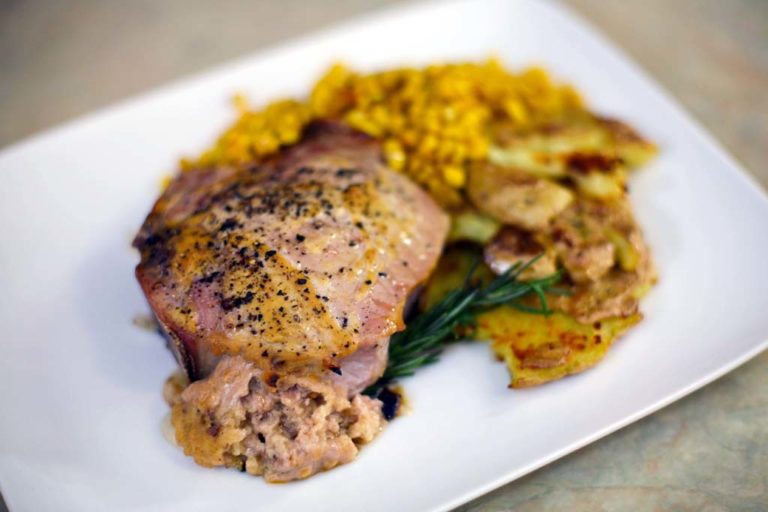 Stuffed pork chops are a nice way to bring a lot of flavor to the center part of a pork chop. Another good way is to brine it. I suppose one could brine a pork chop before stuffing it, but only for a few hours. If brining is something that interests you, read Brined Pork Chops. And then come back to this article to learn how to stuff and bake them. Of course, when I say “bake” I mean “roast,” but hardly anyone says “hey, I’m going to roast a stuffed pork chop.” So I use the word bake in this recipe.

Fry the bacon, sausage, onion, and garlic in the butter. Once browned, add the stock and remove from heat. Stir in the bread crumbs until thick and pasty, then add the cream. It should be thick and sticky. Cool a little before stuffing the pork chops.