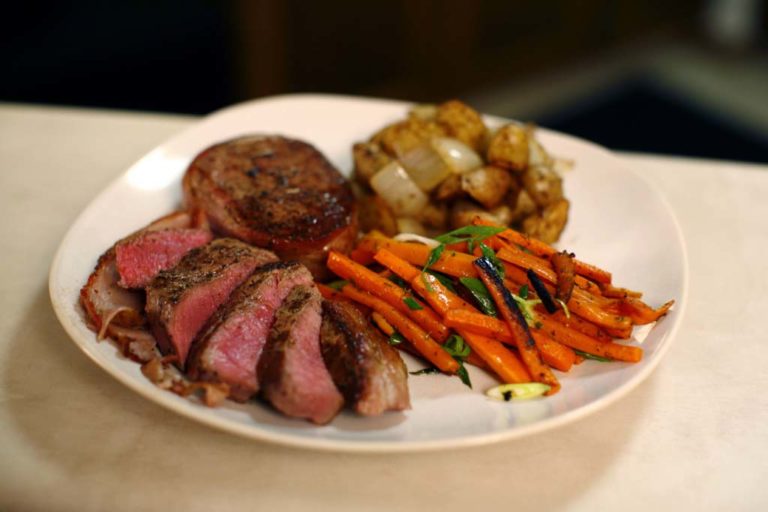 In America, we associate filet mignon with beef, but in France it more commonly refers to pork tenderloin. In English, filet mignon means dainty fillet. The tenderloin could be called dainty because it is tender and could easily be destroyed by rough handling. The tenderloin is a small piece of meat on either side of the spine near the rear of the animal. This muscle caries no weight and doesn’t actually do much of anything. I have heard that the tenderloin helps animals poop. But I have not been able to verify that. It is right there though so that is a possibility.

The tenderloin is also typically very lean of fat, so if it is overcooked, it has the possibility of coming out kind of dry. One solution to the problem is wrapping the filet mignon in a piece of bacon. Wrapping meat in bacon is not a new thing. Chefs have been imparting bacon’s flavor into meat for many years. It’s based on a technique known as barding. Although traditionally done with various types of fat. I believe bacon fits within that category as well.