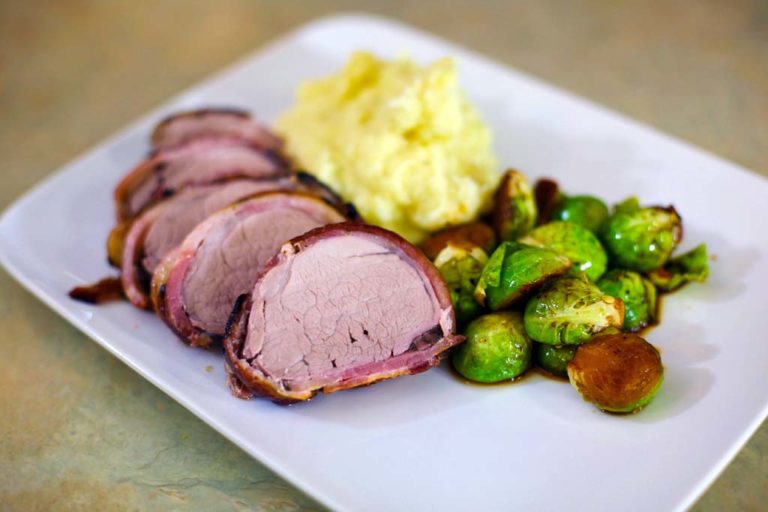 One of the trickiest parts about cooking a whole pork tenderloin is the fact that it is almost entirely free of fat. This could prove to be a problem for prolonged cooking scenarios like roasting, in which the meat could—and most likely will—get dried out from being in the oven so long. One way to avoid this problem is to bard the roast with fat. Barding is a classical French style of cooking in which the meat is draped, wrapped, or covered with a fatty substance, such as bacon, lard, or fatback. The bard is usually fastened to the meat with string, but a toothpick may be used in some cases, or nothing at all, as it is with this recipe.