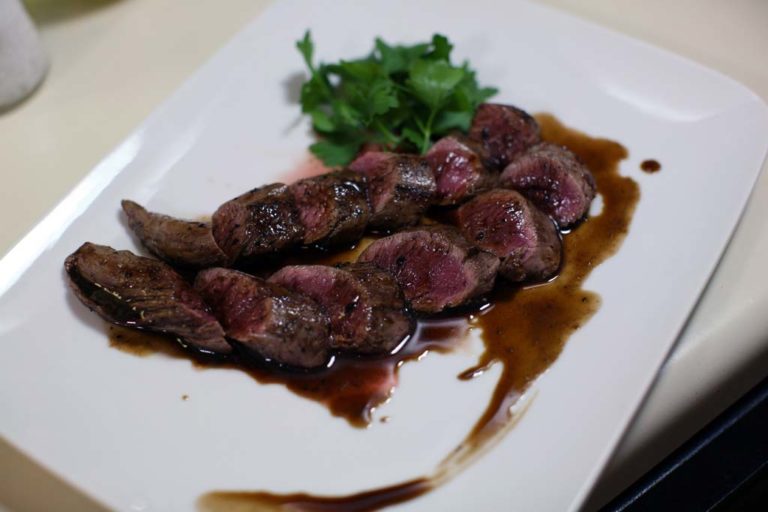 The lamb tenderloin is a sort of new thing to me. It is not something I am used to seeing at the butcher’s counter. But as the demand for tasty meat increases, the butchers are trying harder to provide us with some of the difficult-to-find cuts. This is great news for many of us in or close to large cities. But as for those of you in rural areas, you may have to mail-order your specialty meat for now.

The lamb tenderloin is a very small but extremely tender piece of meat. It looks just like the Chateaubriand steak from a cow, just a whole lot smaller. It tastes extremely lightly of lamb, and it melts in your mouth, just like a piece of toro (fatty tuna). This will be especially true if you cook it rare, as you should. If you don’t like rare meat, you may cook it to medium rare but not beyond that. If you need your meat overcooked, try braised lamb shanks. They are also very good.