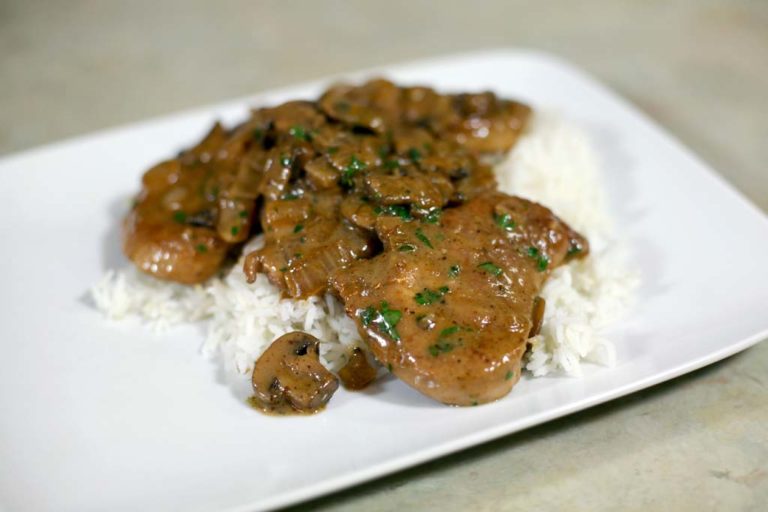 As far I know, which may or may not be that far, “jaeger schnitzel” is breading-less, pan-fried pork cutlets topped with a creamy mushroom sauce. The Internet swells with many diverse recipes for this dish, all claiming to be the most authentic. So it may be hard to come to a consensus on which one really is. But my first head chef job was at a German immersion camp, so I am fairly confident that my recipe is accurate, by which I mean that I know several Germans that would agree with my version. We actually made schweineschnitzel much more often than any other type of schnitzel. Kids like pork better than they like veal. Well, at least as far they know. Which is, yep, you guessed it, also not very far.