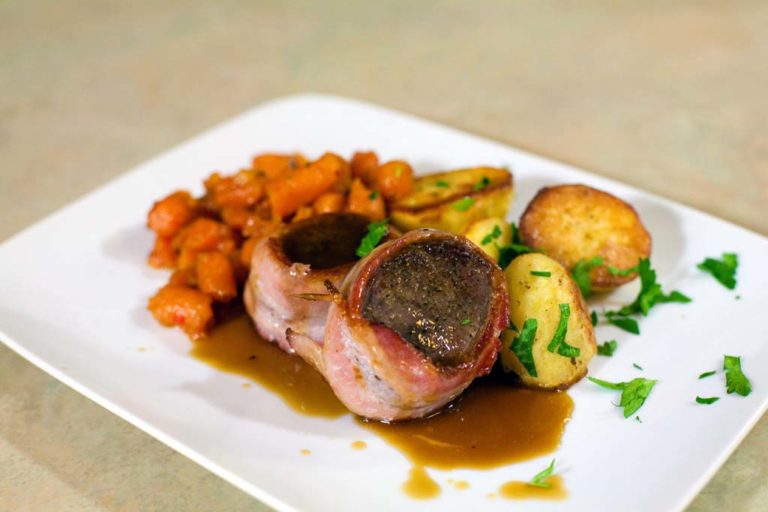 Should you be able to get your hands on some, you will find that venison is a very lean meat. And being that it is from a wild animal, its meat will inherently have a more wild, some may say gamey, flavor. When I hear meat described as “gamey,” I feel that the word is not enough to describe the actual flavor of the meat—it’s like describing fish as “fishy.” Wild game is gamey? Well, no duh. But what does that word mean? Well, a lot of wild animals have strong-tasting meat because of what they eat: sticks, bark, grass, leaves, berries, other animals, whatever smells edible. But also keep in mind that wild animals get a lot of exercise, way more than any domestic animal could ever hope for.

Wild animals are also quite often older than their domestic counterparts. For example, broiler chickens are slaughtered at six to 14 weeks of age, and beef cows are only 18 to 26 months old when they are slaughtered, whereas a typical game bird could be between 4 and 24 months old, and a 10-point buck could be anywhere from 2 to 5 years old. All of these things have an effect on what the animal will taste like.