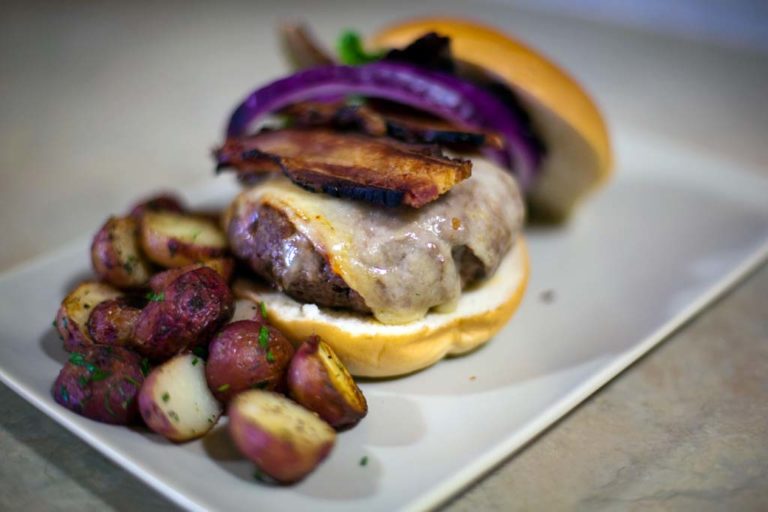 Hamburger recipes are a dime a dozen on the Internet and even in printed cookbooks. In the clamber to come up with the best or most impressive-looking hamburger, people seem to have forgotten that a good hamburger starts with really good meat. Then all you have to do is cook it right, put the right toppings on it, and put it on a good bun.

For this “recipe” for broiled hamburgers, I used all of the best ingredients that I could find, starting with really good fresh ground Limousin beef, Duroc bacon, farmers-market tomatoes, and fresh-baked challah buns.