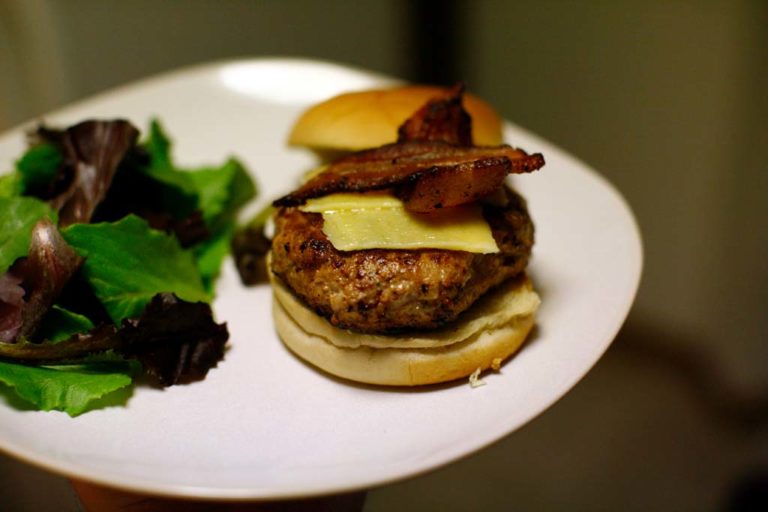 Turkey meat has gained popularity over the years as a substitute for other higher fat meats like pork and beef. To me turkey bacon isn’t too bad, but it isn’t the same as real bacon. The manufacturers use flavor modifiers and additives to make it taste like real bacon, and they use a conglomerating machine to make it look like bacon. Whereas turkey bacon is an attempt at full replacement, turkey burgers are more of a variation.

Turkey burgers are made from ground turkey and whatever you decide to add to it. Although they vaguely resemble beef burgers, they definitely don’t taste like them. This is a good thing, as turkey is good and doesn’t need to pretend to be another meat in order to be consumed. You would never eat a “turkey” made of bacon for Thanksgiving. Well, maybe you would, but for the love of God, at the very least don’t deep-fry it.

Turkey Burger Recipe: Thyme, Sage and White Pepper and then Topped with Bacon and Irish Cheddar