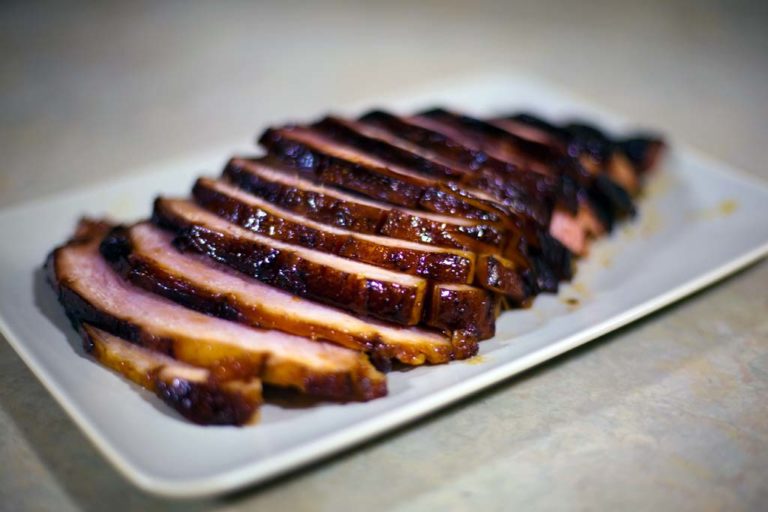 Almost all smoked hams these days come precooked—at least in America. These “fully-cooked” hams needs only to be reheated to 140 degrees F and served. However, there are many ways to reheat ham. The most popular way is to bake it, a.k.a. roast, in the oven. This can be as simple as baking it in a covered roasting pan at 350 degrees F until done. Or, as in the case of glazing, a bit more complicated. But just a little bit more complicated.

A glazed ham is quite tasty, so if you want to try something a little bit more challenging and fun this time around, try a glazed ham.

Ham Recipe: Smoked Half a Ham Baked on a Bed of Onions and Glazed with Honey and Spices