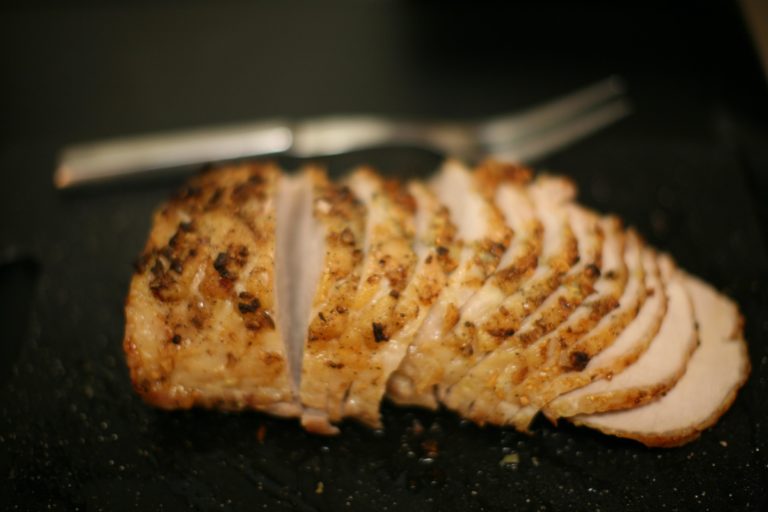 When we roast pork, all too often the pork is overcooked and ends up dry. This comes from the common belief that pork must be cooked to the ridiculous temperature of 160 degrees F. When the FDA came up with that temperature, the trichina worm was very prevalent in the pig industry. These days there is almost no risk of getting trichinosis from American pork. And cooking meat to 150 is more than sufficient to kill any parasites or bacteria present in the meat. A fair warning though—the trichina worm can still be found in some wild game and in developing countries.

There are many cuts of pork that can be roasted. For this article I chose one of the most common: pork loin. Pork loin is from the back of the pig, near the vertebrae, just above the ribs.