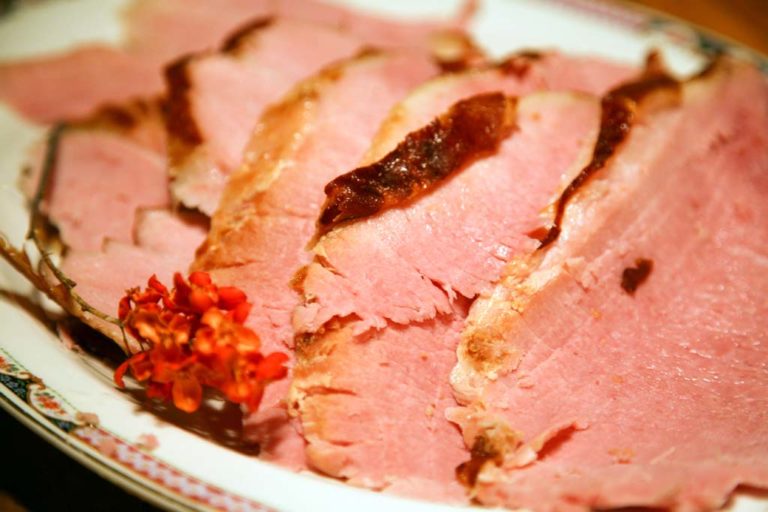 As if pork wasn’t tasty enough, some genius a long time ago figured out how to make it better. At the time, the process of curing pork was necessary to keep the meat from spoiling, thereby allowing people to store large quantities of meat for months at a time. These days our meat comes to us frozen, cold, or canned. And we don’t have much need for curing, except that we enjoy the taste. If I could, I think I would eat ham at every holiday: Easter, Christmas, Thanksgiving, Memorial Day, Independence Day, maybe even Presidents Day or Halloween. Trick or ham?

Ham Recipe: Whole Bone-in Ham Spiked with Cloves and Baked on a Bed of Onions with Honey