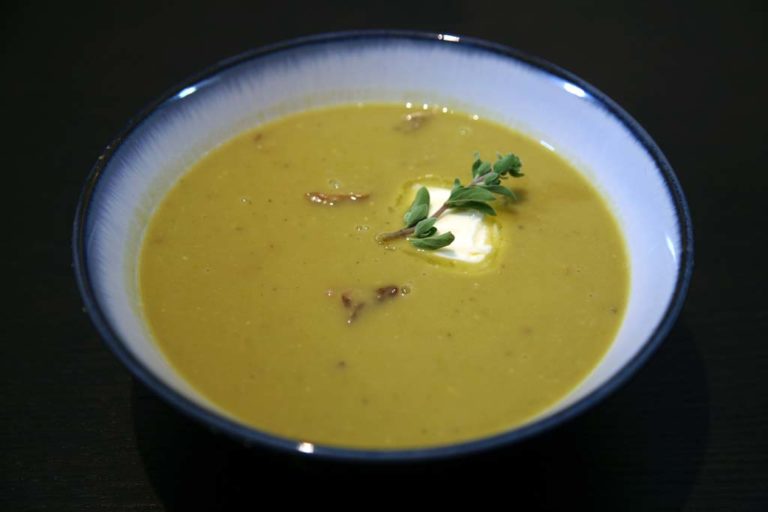 For many people, split pea soup is comfort food. For me, not so much. You see, my dad doesn’t like split pea soup. We always made white bean soup with our ham bones. White bean soup is also really good. But I remember the first time I had split pea soup. I thought it was great; of course, I hadn’t seen The Exorcist yet. It turns out that split pea soup has many different forms. In Germany, “erbsensuppe” is made with bacon or sausage and is served with swarzbrot. The Dutch “snert” has pork, celery, onions, leeks, carrots, potato, and smoked sausage. Pea soup is eaten in France, Canada, and all the Nordic countries. In the U.K., “pease porridge” or “pease pudding” was seen as a poor person’s food. But here in America, we all eat and enjoy split pea soup . . . except for my Dad. He still hates it.