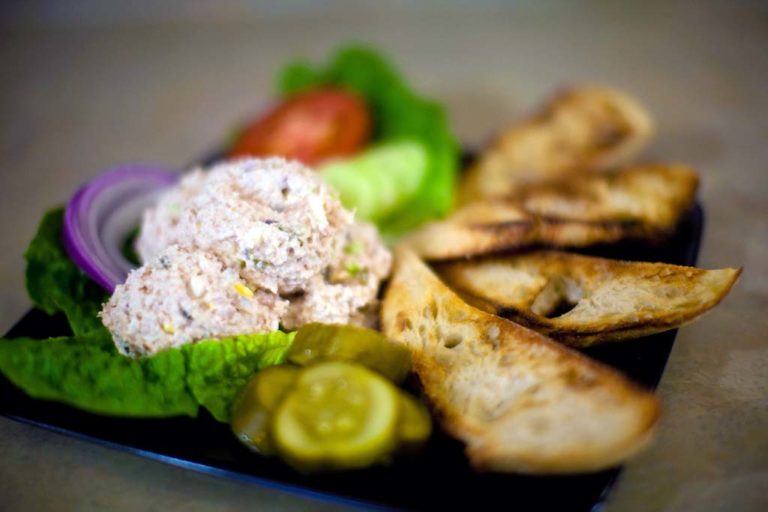 According to the old masters of American recipes, there is a difference between ham salad and ham spread. In the salad version, the ham is cut into cubes, and in the spread version, the ham is ground or minced. While either one would be fine, I prefer the spread version. But the following recipe could easily be converted to a salad. Just cube the ham instead of grinding it. As you may have guessed, ham salad spread is an old favorite of mine. In my opinion it makes some of the best sandwiches, open-faced or closed. I also like to eat it on a platter of veggies and baguette toast like the photo above.