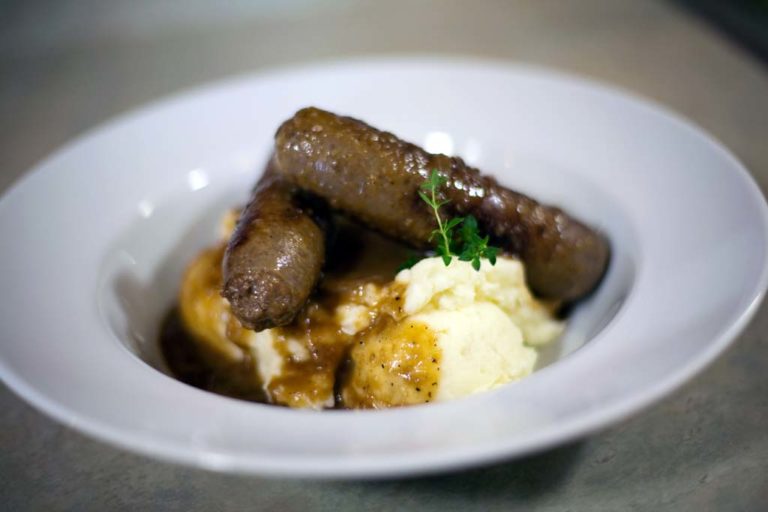 The bangers in “bangers and mash” are traditionally sausage made with either pork or beef or even a combination of the two, but when you get right down to it, any sausage will do (so long as it goes well with mashed potatoes, and dare I ask: what does not?).

The bangers and the mash aside, there is one component of this classic pub grub that I haven’t yet mentioned. The onion-spiked gravy that ties the whole thing together. I’ve included a good recipe for that too at the bottom of this article.