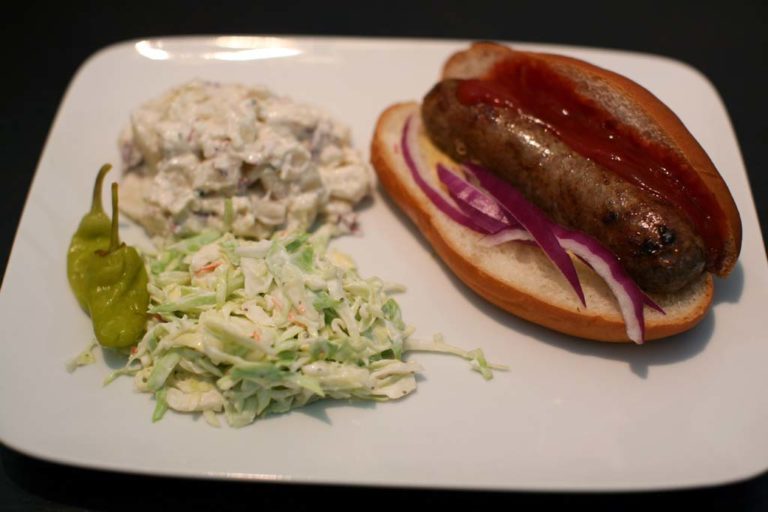 Bratwurst is a German sausage made of beef or pork. The name Bratwurst comes from the Old High German word brätwurst: brät meaning finely chopped meat and wurst which literally means sausage. The brat in bratwurst is often misconstrued to be from the German verb braten, which means to roast or pan fry something. Bratwurst are usually grilled or cooked in beer or broth. But if I can’t grill it, I prefer to pan fry it.

In Germany, bratwurst are served on a bun when ordered from a street vendor or served with sauerkraut and potatoes when ordered at a restaurant. Bratwurst on a brötchen, or “hard roll,” is served with mustard. You won’t find ketchup unless you order curry-wurst, which is sliced wurst served with a curried tomato ketchup. Both wursts are very popular German fast food and can be found on most streets of busy German towns.

Bratwurst Pan-Fried and Served on a Bun with Mustard, Ketchup, and Red Onion