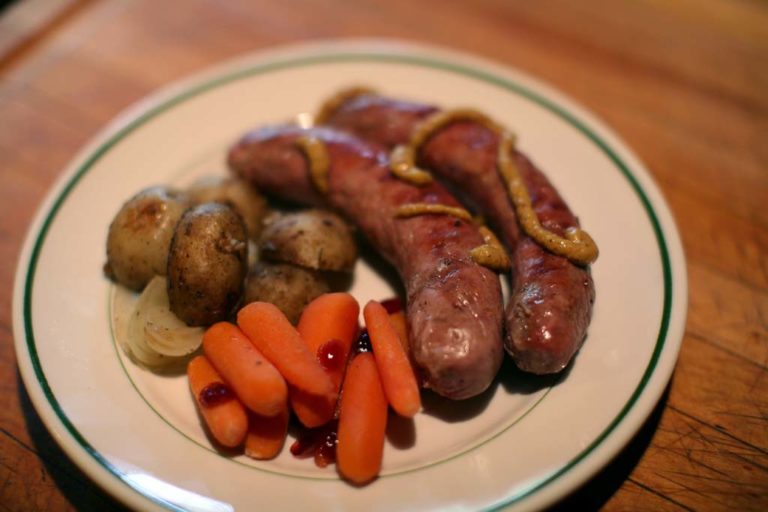 I don’t think that the Germans invented sausage, even though the word sausage or, more specifically, “wurst” definitely conjures images of short fat dudes in lederhosen drinking from enormous mugs of beer.

The correct German word for sausage is würst. As in bratwürst, knackwürst, bockwürst, leberwürst, and currywürst. This brings us back to our topic of grilling bratwurst. I am talking about the American version of bratwurst; you may have noticed that I have dropped the umlauts. The bratwurst in America were brought over by immigrants a long time ago. And like any food separated from its homeland, it will adapt to accommodate its new surroundings. The end result being a wide variety of different bratwurst. Not such a bad thing. The classic bratwurst even survived in some form. The classic or traditional brat is my favorite. What’s your favorite?