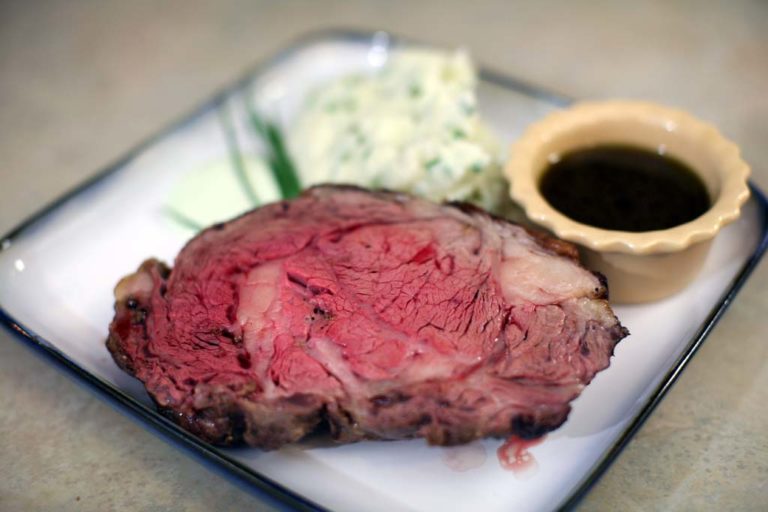 A prime rib roast is a standing rib roast of the highest quality. At least that’s what it used to mean. The USDA’s system for grading beef has eight categories. Prime is number one—the best. But the 2nd option – choice – isn’t terrible either. As prime rib grew in popularity, someone had the brilliant idea to substitute choice rib for prime. Amazingly no one complained; probably because they didn’t know. Well, these days, order a prime rib anywhere but at the most reputable steakhouses and you will most likely end up with choice or even select rib. Ask the butcher or waiter, “Is this meat graded prime?” Of course you should expect to pay a lot more for true prime, so be prepared.

Whisk together, salt to taste, and refrigerate until needed.