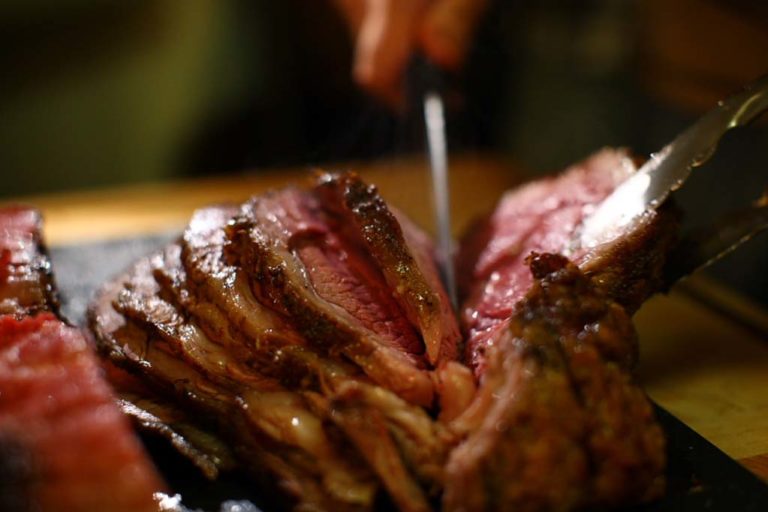 Other than being a big part of a lot of American’s childhoods, roast beef is a common component at all celebratory feasts: weddings, birthdays, graduations, reunions, anniversaries, and even funerals.

Any cut of beef is roast-able; some just come out better. My personal favorite is a bone-in standing rib roast. The meat cooked right on the bone, juicy and buttery on the inside and salty and crisp on the outside. The standing rib roast is a popular holiday roast. When the roast comes out of the oven, it looks very stately and attractive. And for all this and more it is one of the more expensive cuts of meat, but the reward is extremely tender and delicious.

Roast Beef Recipe: Roasted with Salt and Pepper in an Extra Hot Oven, then Low and Slow until Done