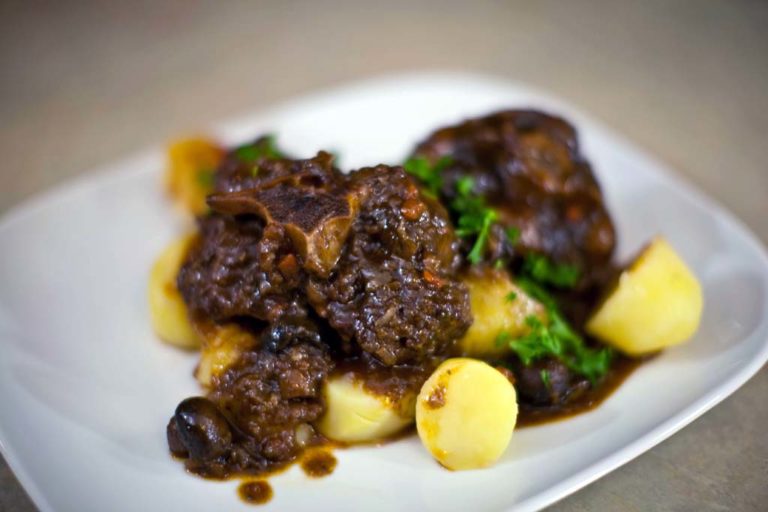 Traditionaly speaking an ox is a bovine animal (cow) that has been trained as a draft animal. Draft animals are large, strong, and hardy beasts that were used to pull heavily loaded carts great distances and massive plows through dense earth. Like for example down the Oregon trail. So logically one would think that an oxtail would be from one of these massive creatures. And I guess that in some places they probably still are. But these days when the majority of you buy oxtails they’re just butchered cow tails, probably from a steer or other beef cow. But all of this naming nonsense aside, oxtails or beef tails if you prefer are a vastly under-appreciated meat. The meat is dense and flavorful, and if treated properly you will have some of the richest most flavorful sauce you’ve ever tasted. It takes a little work to coax the awesomeness from them, but I assure you it’s worth it.