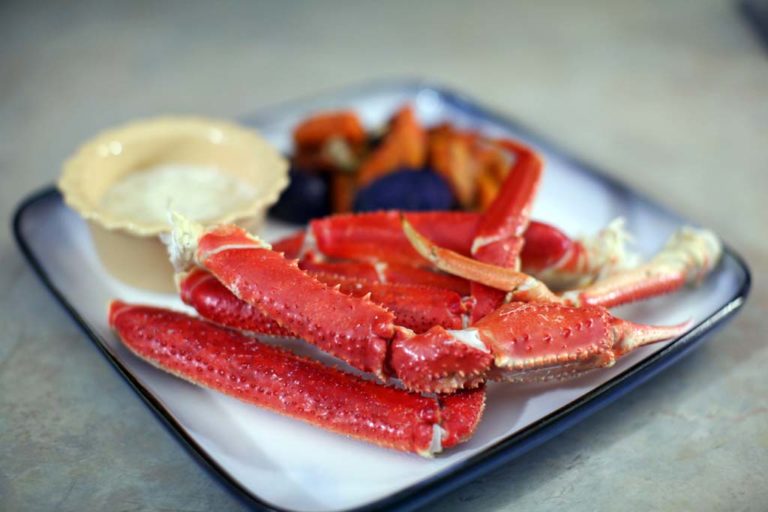 The crab legs most commonly found in grocery stores all across America are typically one or more species of the snow crab (Chionoecetes sp.). The two most common species are bairdi and opilio crabs. The bairdi crab, sometimes known as tanner crab, is the bigger of the two at 2 pounds, growing up to twice the size of an opilio crab. Either one will be quite delicious, so don’t fret about which one you should get. Unless, of course, you actually have a preference.

Providing that you buy American caught crab, you can be fairly certain that the crab you are eating is not the last of its species. Basically what I’m saying is that you shouldn’t buy imported crab, as the crab fishing policies of other countries may not be as stringent. That is, unless you want this season of Deadliest Catch to be its last. If you don’t know what I’m talking about, you are missing out on one of the only reality TV shows worth watching.

Cook the butter and garlic over low heat until the milk solids drop out to the bottom and become a light brown. Or you can just melt butter in the microwave for 1 to 1-1/2 minutes. If you are worried about fat, mix a little olive oil into the melted butter.