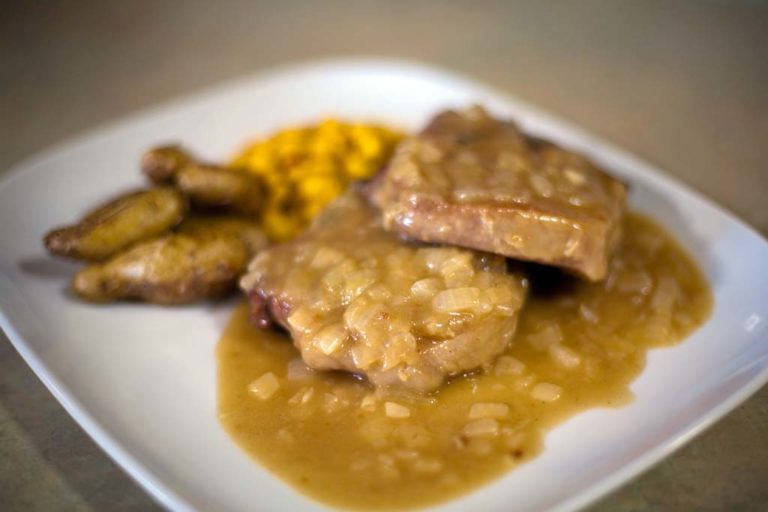 I remember the first smothered pork chop I ever tasted. It was in a makeshift restaurant in rural Georgia near Savannah. It was such an odd little restaurant that had I not been with my friends from the area, I would have never known it was there. I remember the smothered pork chop was bone-in and cut pretty thinly. I think that actually tasted better than the thick ones. A thinner-cut pork chop is nice and crispy when fried. Man, was it good. I can’t remember much else about the smothered pork chops, but they were tasty. I wanted to try and make some myself, so I came up with this recipe. It came out pretty well, too, so check it out.