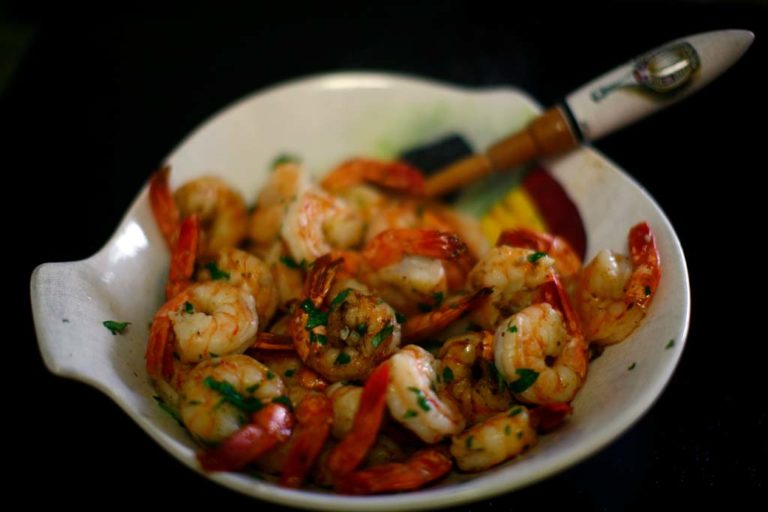 The word scampi originally referred to a species of lobster: Nephrops norvegicus, also known as the Norway lobster, Dublin bay lobster, or a langoustine. In America, scampi has become a cooking process instead of a species of lobster. And that is just fine because shrimp scampi is one tasty dish. Usually shrimp scampi is served with bread or over pasta, but it doesn’t have to be. I ate mine out of the bowl, one after another with a simple salad of mixed greens.

The nice thing about working with shrimp is they cook so quickly. So they are a good thing to prepare when you are hungry. And even though working with fresh ingredients is always better, there just aren’t many places you will be able to get fresh shrimp. But, as it turns out, most people can’t tell the difference between fresh and individually quickly frozen (IQF) shrimp. Shrimp also thaws in around ten minutes, which is nice for those quick meals I was talking about earlier.