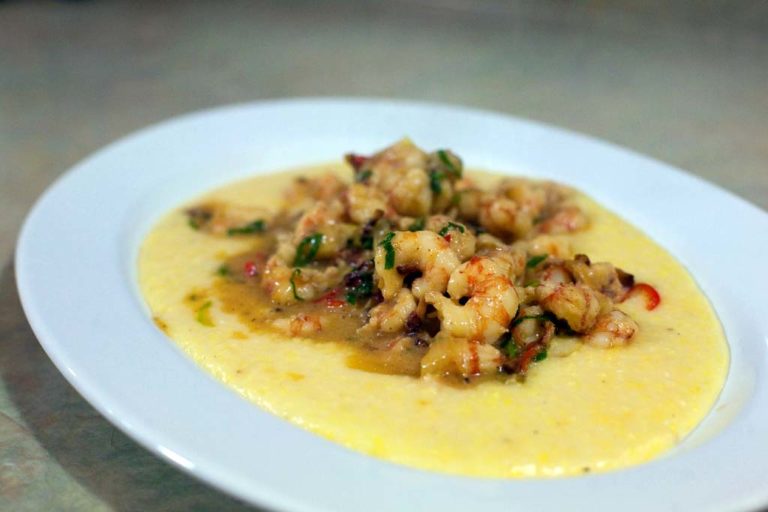 Shrimp and grits recipes span the southern United States from Charleston to East Texas, and everywhere in between. And as you can imagine, some versions, for example Cajun Shrimp and Grits, are spicier than others. There will also most likely be some andouille sausage in there. Mmmm, that sounds good. I use bacon in my recipe and it’s just a tiny bit spicy. You can always add some pepper sauce at the table if you want yours spicier. You can add some andouille, too, if’n you want to.

As for the grits, I went with coarse grind yellow cornmeal. I like hominy grits, too; I just like yellow grits better. These grits have just a small amount of cheese in them. I usually add a lot more cheddar, but for the shrimp I wanted to keep the cheese levels low so as to not cover up the shrimp flavor. I cooked my grits with water and salt, but chicken stock would have been good, too.