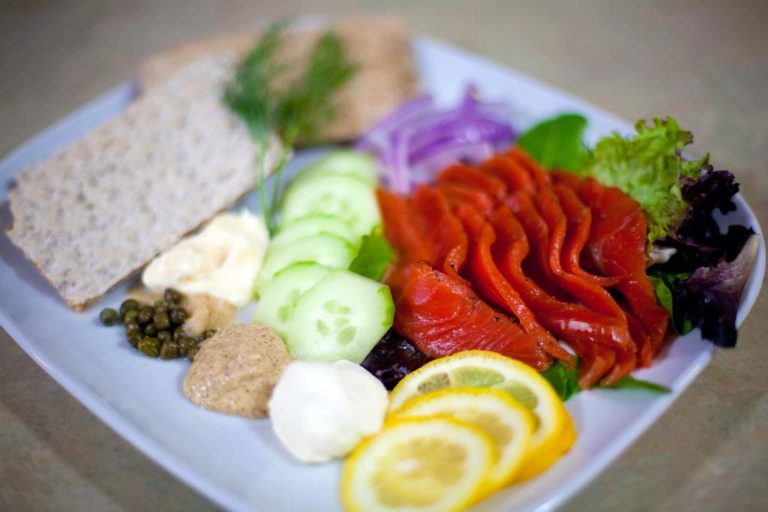 Gravlax is an old Nordic/Scandinavian method of curing salmon. It combines osmosis and fermentation to preserve the fish for use later. It was done by salting the fish and burying it in the sand above the tide line at the beach. The salt would enter the interior of the cells through osmosis but not before the fish began to ferment or rot.

Nowadays you can make gravlax without fermentation by using just a salt/sugar cure. This is more than enough to preserve the fish.

For this recipe I used sockeye salmon, which is known for its relatively strong salmon flavor.

For those of you looking for a milder form of gravlax, try using farm-raised Atlantic salmon.