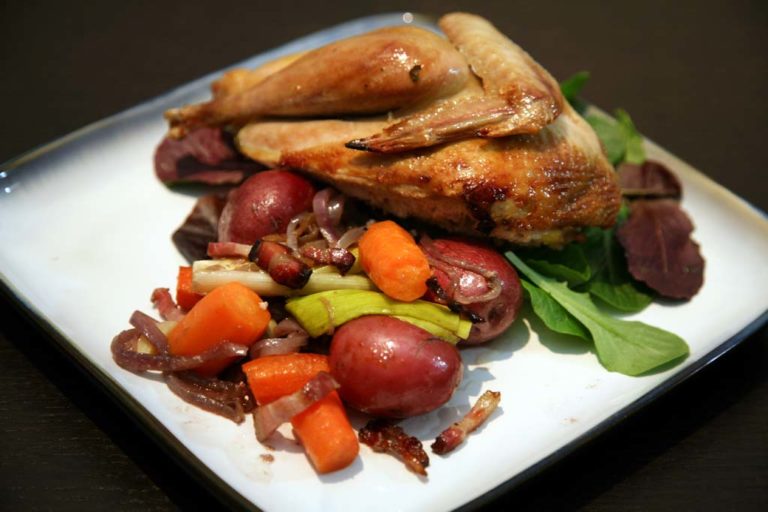 For the most part, the pheasant I am referring to in this article is the common pheasant Phasianus colchicus, also known as the ring-necked pheasant. This is the bird that was introduced to America by the colonizers way back in the day. Little did they know that the birds would take over the whole state of South Dakota and part of North Dakota. Seriously, these things are like flies out there. You can’t help but kill one or two driving through.

I have never roasted a pheasant before. In fact, I don’t recall ever cooking one in any way. The only times I have had it, which is less than five times, it was in some mushroom cream and wine sauce that completely covered up the flavor. But what I do remember is the meat was so dry I practically choked on it. So, with that thought in mind, I decided to brine the pheasant before I roasted it. Please continue reading.