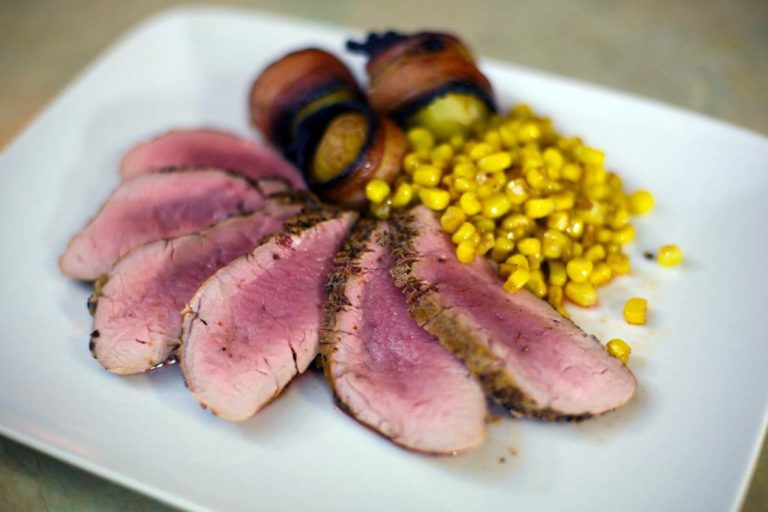 Pork tenderloin, as you may be able to tell by its name, is a tender cut of meat. In fact, as far as a pig is concerned, it is the tenderest cut of meat. The pork tenderloin is often sold in marinades. Which to me is a mystery since marinades are usually used to add flavor where there is none, or even more commonly to tenderize meat. But the pork tenderloin is already tender. And it has a great flavor. So why the marinade? It’s probably a corporate conspiracy of epic proportions, so just avoid it and buy the fresh pork tenderloin.