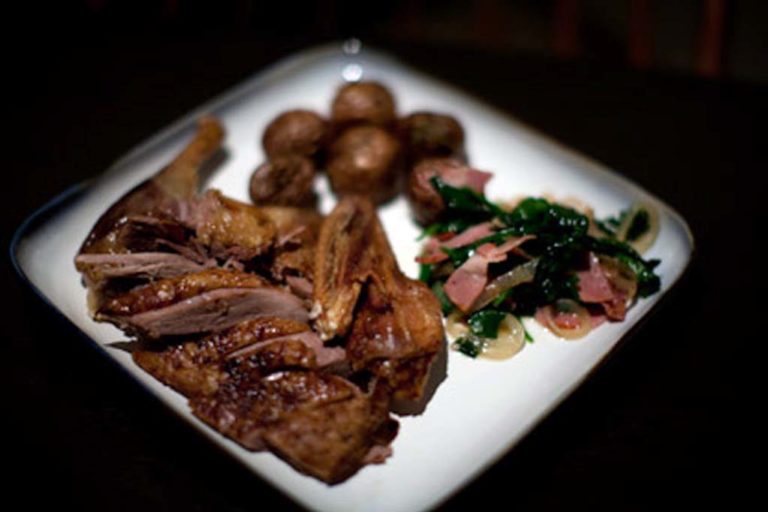 The duck was domesticated a few thousand years ago. And like its distant cousin the chicken, there are dozens of different breeds. The four most common varieties of duck are White Pekin, Muscovy, Moulard and Mallard. These are the ones that you will most likely find at the grocery store. Ducks are not as popular as chicken because ducks are harder to raise and their meat is fattier than the lean meat of a chicken. But in its defense, duck fat is possibly one of the tastiest things in the world. So there! The duck that I use in this article was raised on my brother’s farm. It was Fawn Runner, which is not a species you are likely to find in the grocery store. I got the duck when I went to help my brother and his wife butcher their ducks. Butchering animals is something that I was raised with, so I can handle it. But that doesn’t mean I wanted to eat the duck right away. So I froze it. Which is most likely how you will find it at the grocery store. In the first step below, I explain the best way to thaw a frozen duck. Read on.