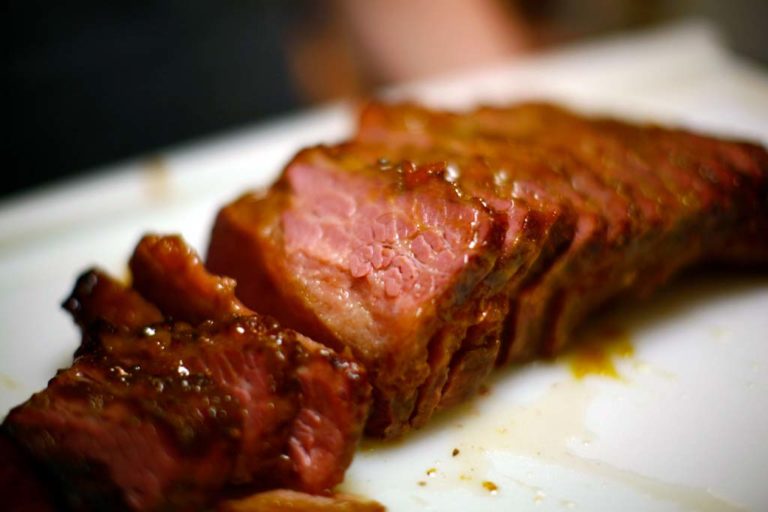 In America, St. Patrick’s Day means parades, drinking, dancing, bagpipes, corned beef, and lots of green. Of course, how we celebrate St. Pat’s is a bit different than how it’s done in Ireland. For example, corned beef is not commonly found on the menu in Ireland. From what I understand, lamb stew is more traditional. But corned beef has become a part of the American way of celebrating the holiday. It has become a tradition. Albeit a a fairly recent tradition, but a tradition nonetheless.

Corned beef, despite the name, does not actually contain any corn. It is beef brisket that has been brined with spices. The word corn refers to the kernels of salt used in the brine. There are two main methods of preparing corned beef: boiled and roasted. I have used both preparations, and the following is the best method I have found.