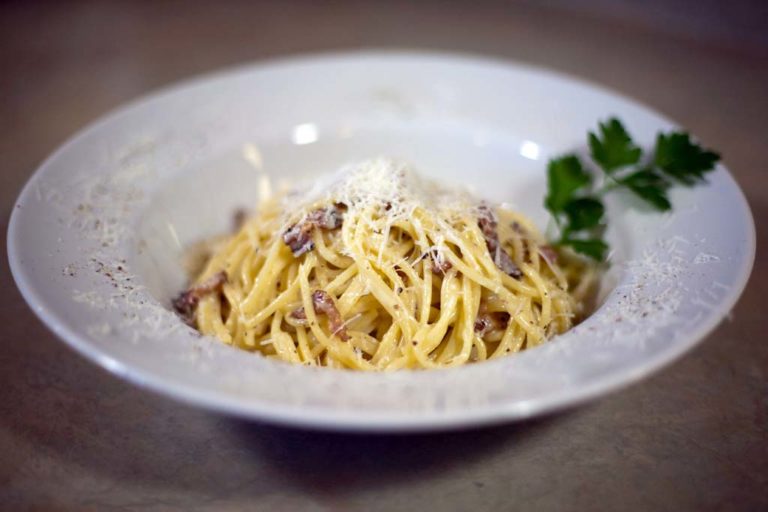 Carbonara is a simple dish consisting of bacon, egg, oil, spaghetti, and cheese. A simple and common enough list of ingredients. But like any really good recipe, it all depends on how they’re put together. In the case of carbonara, we must be very careful when mixing in the eggs. If the pan is too hot, the eggs will fry and we will have bits of fried egg instead of a nice thick sauce for the pasta. Carbonara is quite common in the United States. Like beef stroganoff, it’s one of the many recipes brought to America from Europe after World War II. Since the dish is so common, there are many variations. My pasta carbonara recipe is but one of them. Have fun and make this recipe your own.