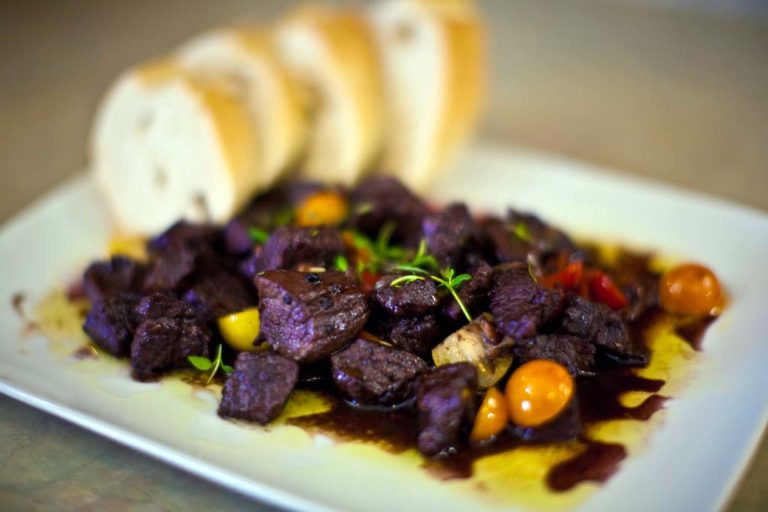 Beef tips, tenderloin tips, sirloin tips, and so on are an extremely common thing to see on menus these days. Usually you see them on the appetizer menu or on the “tapas” menu. Like all things delicious, it originates from someone just trying to use up the leftover bits and make them edible. But of course you don’t have to do much to tenderloin to make it edible. So obviously we are quite removed from those simple origins.

The key with any tenderloin tips recipe is to keep it simple and to make sure that you make plenty of sauce in which to dredge your bread. In this recipe, as with many written by those of us who are in the know, the olive oil is added at the end, drizzled over the top. It’s like a condiment, and it becomes an important component of the sauce. Make sure to use a really good olive oil too.