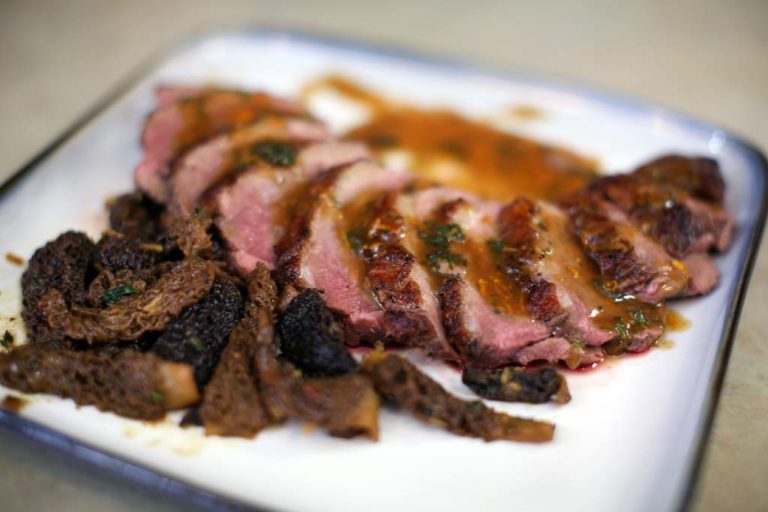 The Muscovy duck (Cairina moschata) also known as Barbary duck must be a big bird because its breasts are huge—we’re talking a couple inches thick here, people. I’m not one to be picky, but the last duck breast I ate was kind of on the small side. It tasted really good; kinda mild but still more flavor than chicken. The Muscovy breast meat, on the other hand, has a strong meaty flavor and a deep, dark, rich color. Muscovy should be cooked like red meat. And by that, of course, I mean medium rare. Once you cook it past medium rare, it gets tough as hell.

The Muscovy duck is native to South America and the southern part of North America. The wild, or feral, ducks are naturally stronger tasting than domestic ones. The Moulard duck, which is used to make Foie Gras, is the sterile offspring of a male Muscovy and a female Pekin duck. The breast meat of the Moulard is called a Magret, and it is very tasty, probably because of its intense diet—it’s force-fed in order to enlarge its liver.

Muscovy Duck Breast Recipe: Pan-Seared over High Heat and then Finished in the Oven