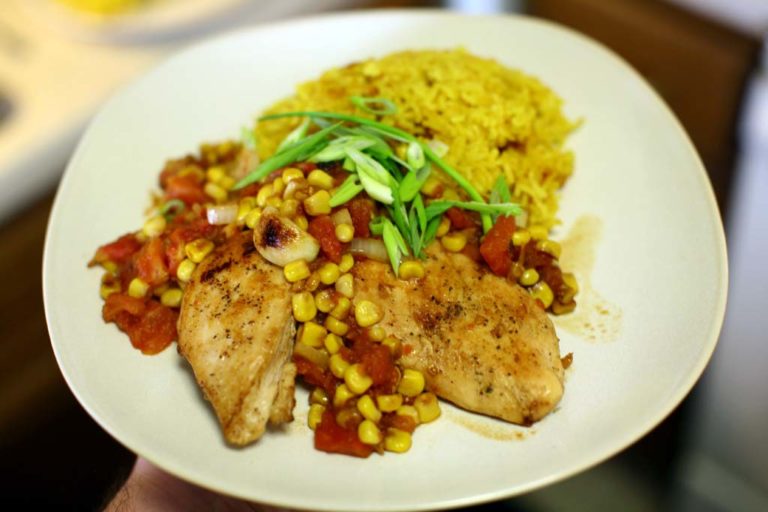 Chicken in itself is a bland meat. It is a protein substrate ready for flavor injection. And after cooking chicken professionally, I realized that the absolute best way to cook a plain chicken breast is in a hot frying pan on the stove in butter. These breasts were salted and peppered and were cooked on medium heat in 2 tablespoons of butter. The end product was juicy and delicious. Of course it helps to make a sauce or something from the drippings to serve with the chicken. I made a very simple corn and tomato topping. The recipe is to the right.