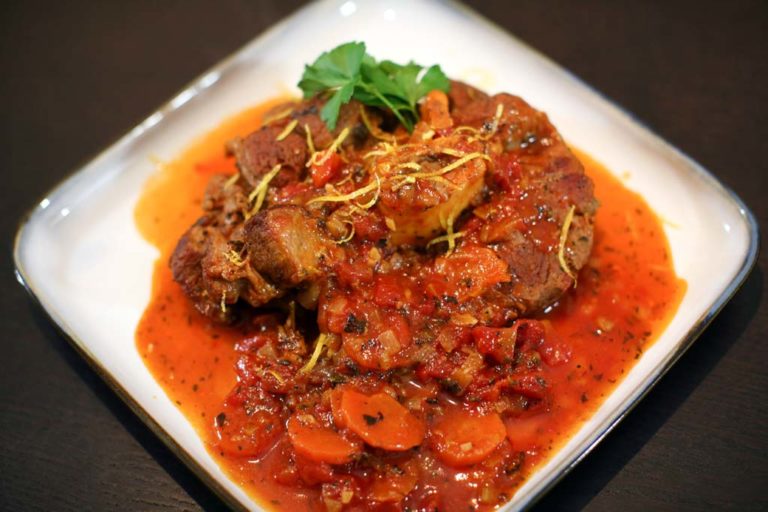 Ossobuco is Italian for bone hole: osso = bone, buco = hole. What they are talking about is the hole in the middle of bone where the marrow is, the marrow being important to the dish. The bone they are talking about is the leg bone or shank of, most commonly, a veal or, less frequently, of lamb. The dish comes from Milan, which is the capital of Lombardy. So the full title is ossobuco alla milanese. In America, ossobuco is frequently spelled osso bucco or osso buco, and all three spellings work. But if you go to Italy, order it ossobuco alla milanese.

This dish is braised, which means it is cooked covered in liquid for long a long period of time. This dish is just as much about the sauce as it is the meat that it’s cooking. The osso bucco recipe that I have used for this article is very similar to a traditional ossobuco recipe. The sauce comes out tasting predominately of veal and tomato. The meat is so incredibly tender that it falls apart, making it easier to eat each bite drenched in sauce. So amazing. I hope you enjoy making and eating this as much as I did.