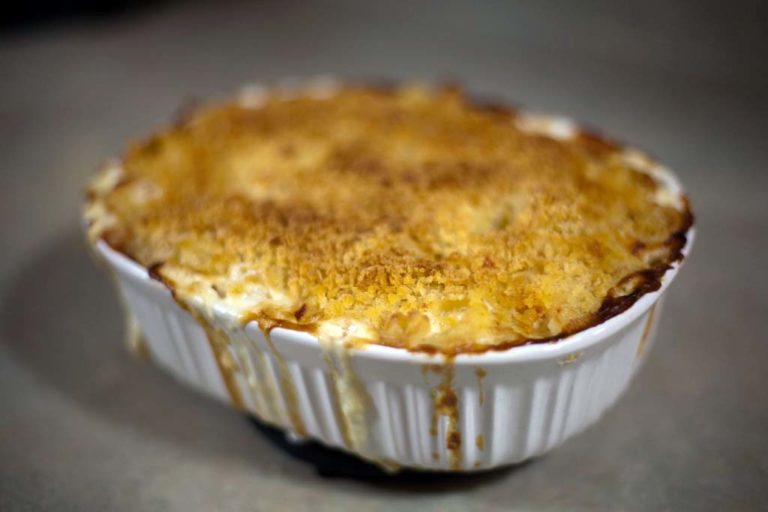 Lobster mac and cheese has become extremely popular over the past few years. I remember the first time I had it, about three years ago. It was at a very fancy-pants restaurant—one of my favorites—and I remember being skeptical at first. My initial reaction was shortly thereafter bashed into tiny little bits. That first bite induced many more bites. Each time I saw it on the menu—there and anywhere else—I had to have it. And so I did. And now I have made my own version of this amazing dish. I know for a fact that it is incredibly similar to at least one of the versions I’ve had. But, and my roommate will attest to this, I believe mine is better.

Lobster Mac and Cheese Recipe made with Mascarpone, Grana Padano, Cheddar with a Panko Havarti Crust