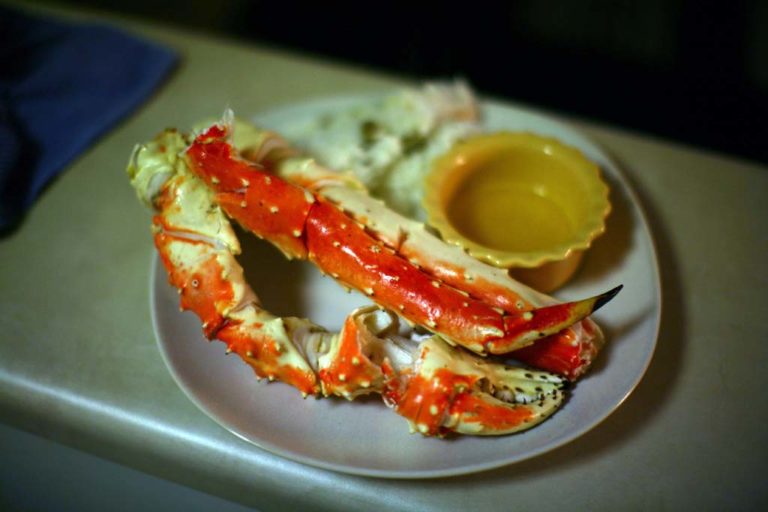 There are 40 species of king crab, and the most popular is the red king crab (Paralithodes camtschaticus). The red king crab is also known as Alaskan king crab, as it is native to the Bering Sea and other waters near Alaska. In the 1960s, the Soviet Union introduced the red king crab to one of their bays to provide a new catch for Soviet fisherman. The red crab has thrived there and is now caught by both Norwegian and Russian crab fisherman. Even though it is an invasive species and is becoming a threat to local species, it is protected and viewed as a valuable asset to both countries. Locally, the native Alaskan red crab population has been in steady decline, and unfortunately no one really knows why. Hopefully they will figure it out, so we can continue to eat Alaskan crab and not the imported stuff.

Melt half a pound of butter in a sauce pan without stirring it. Remove it from the heat once the butter has melted, and don’t stir it. Use a spoon to scoop off the foam, and throw the foam away. Once you have the foam removed, pour the butter out of the pan slowly and smoothly. It should look like a clear, yellow liquid now, which is the clarified butter.