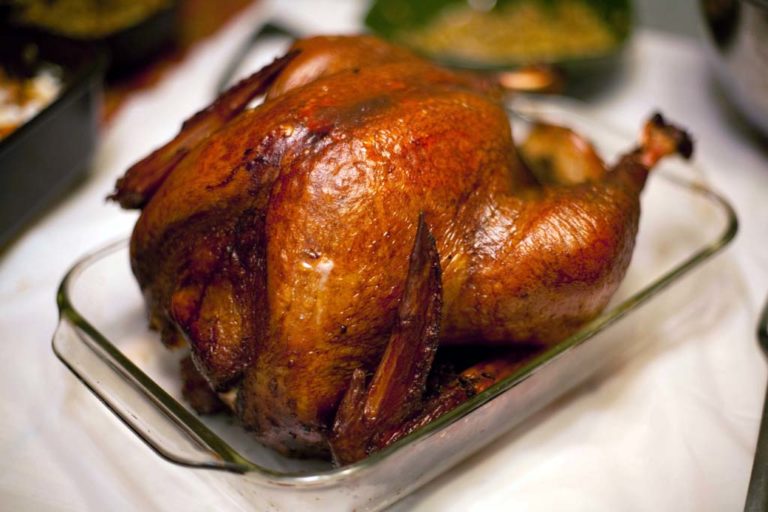 The grill has become a symbol of America, much like the turkey. It stands to reason that we should put the two together and grill a turkey. However, it can be tricky, and truth be told, I kind of messed this one up. I forgot that stuffing the cavity can drastically slow the cooking process. About halfway through the grilling of this turkey, I removed what I had stuffed inside. So, even though in the pictures there is clearly stuff inside the turkey, don’t stuff your turkey if you want to eat it this century! Trust me.

Grilled Turkey Recipe: Whole Turkey Brined and then Grilled and Smoked on a Weber Kettle Grill