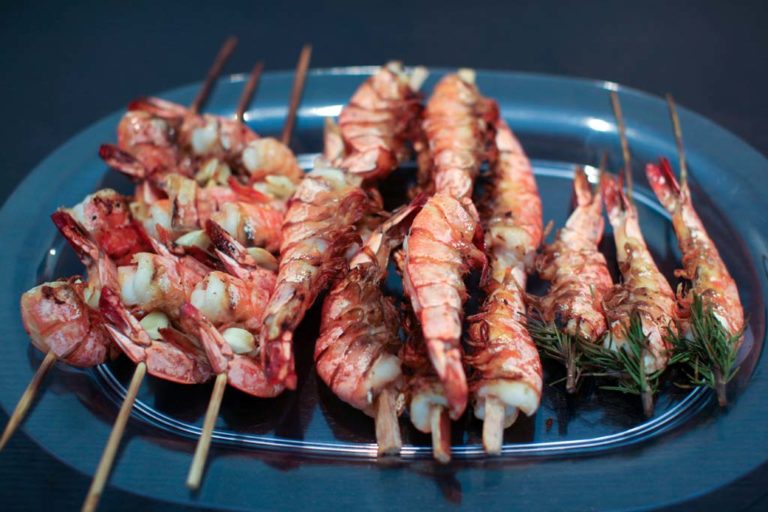 Shrimp are decapod crustaceans found all over the world. Here in the United States we concern ourselves with primarily brown shrimp, but we also like pink, white, royal, and rock shrimp. However, the brown shrimp make up nearly half of all American-caught shrimp. Another common shrimp sold in the United States is the black tiger shrimp. It is caught in the Indo-Pacific region. So, if you have any preference for American shrimp, don’t buy tiger shrimp. The shrimp I am using in this article are brown shrimp caught off the coast of Texas. I know, I always forget Texas has a coast too.

Shrimp also come in different preparations: peeled, deveined, tail on or off, and cooked or raw. Peeled means shell removed, and deveined means removal of gastrointestinal tract. The preferred shrimp for grilling, regardless of the species, are large shrimp with shell intact (unpeeled). But deveining is always a good idea, especially with large shrimp. These shrimp are U12, which means 12 to a pound. That makes them quite large, but they can get larger.