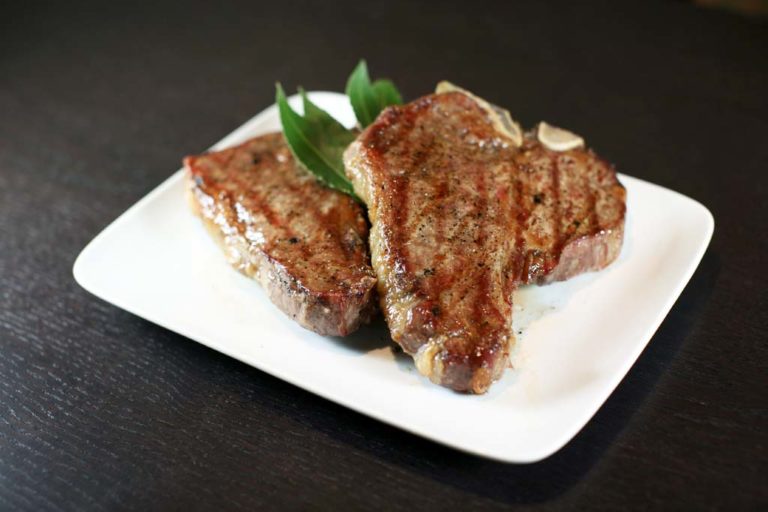 A porterhouse is a large t-bone. The T in t-bone is from a vertebrae that has been sawed in half. The little hole at the top of the T is half of the foramen, and this is where the spinal cord passes through the bone. Straight down from there is the transverse process, which divides the two pieces of meat. The chunks of meat, when deboned and removed, are the short loin (New York strip) and the tenderloin (filet mignon). When you compare a porterhouse to a t-bone, you will notice that the smaller side—that is to say the tenderloin side—is bigger. So, when you buy a porterhouse, you get more tenderloin for not much more money.

When shopping for porterhouses, keep in mind that according to the USDA the width of the tenderloin must be at least 1.25 inches in order for it to be sold as a porterhouse instead of a t-bone.