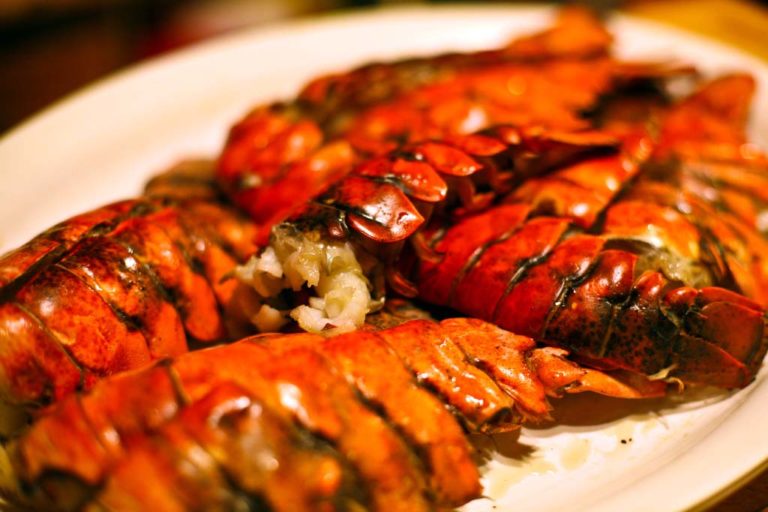 Lobster tails are fairly simple to cook. The easiest way is a combination of steaming and broiling, which is covered in my article Broiled Lobster Tails. But if you want to grill lobster tails—and who wouldn’t?—this article should prove useful. There are a couple ways to grill lobster tails, including cutting them in half, a common approach that works very well. Cutting them in half exposes the meat to the grill, cooking the lobster evenly, quickly, and efficiently.

Lobster Tail Recipe: Fresh or Frozen Lobster Tails Cut in Half, Grilled, and Served with Butter and Lemon