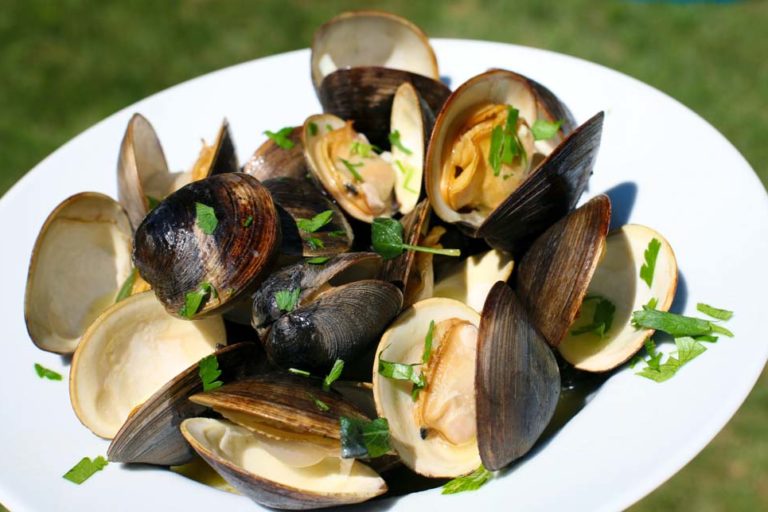 I recently went to the Pacific Northwest and did some clam digging with friends. It was something I hadn’t done for many years. But it is something that I wish I could do more often. We dug clams for a few hours, then cleaned them and ate them right then and there. They were the best tasting clams that I have ever had. Unfortunately the clams that I am cooking on the grill here were dredge harvested in the Atlantic. Which is just depressing. These clams were depressing. They tasted okay. But you could tell they had been sitting around for a few days. Plus I mean nothing really compares to digging your own. I may have set the bar a little high for this one.