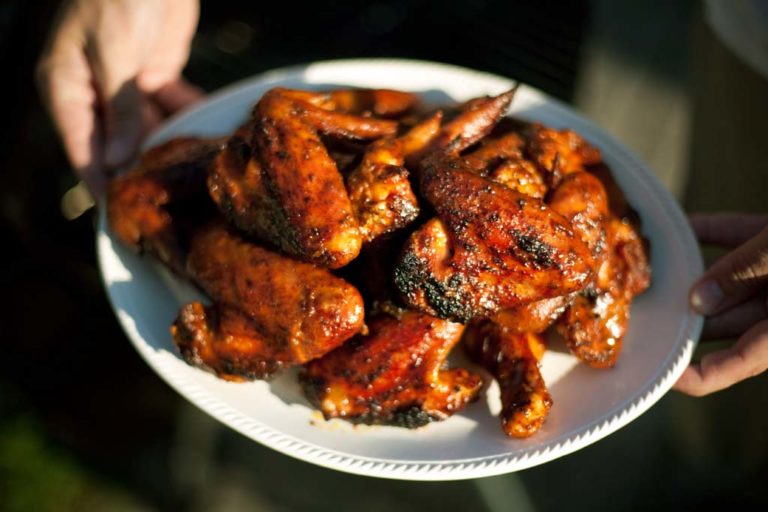 The grill in these pictures belongs to my friend, Eric. He brought it over for a meal a while back, and I decided to hang on to it for a few days. I have fed him a couple times to ease the transition. Full tummies have a tendency to demotivate people from doing things like take back their grills. Thanks for the grill, Eric! Good luck getting it back!

The recipe I used for this marinade is just one of thousands of possible marinades. The key components of any marinade are salt and sugar. These two substances, once dissolved in a liquid, are part of what gets flavor into the meat. If you want to learn more about marinading, read my article on brining pork chops. It is very informative, and the recipe I provide works well for poultry too.