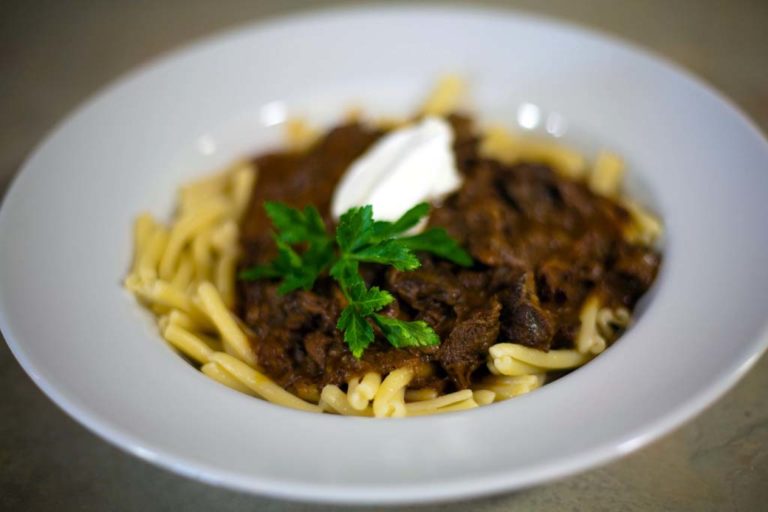 Goulash was invented by the Hungarians and comes from the word “guylas,” meaning cattleman or herdsman. Much like all things good, goulash is now made the world over, and just like pizza, spaghetti, schnitzel, and hamburgers, there are both good and bad versions of goulash. My recipe is one of the good ones, and it is very similar to Hungarian goulash. Someday I will take a trip to Hungary and will follow up with the article on how to cook Hungarian guylas (goulash). For now, this “American” goulash recipe will have to suffice.